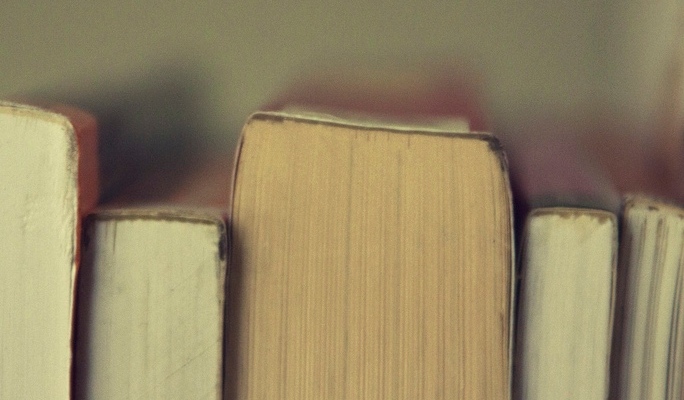 It has been a funny ol’ week.  Nothing has gone to plan… ahem, my plan.

If you follow me on Instagram, you’ll know that I began my new job this week.  Well, at least I expected to.

What appeared to be an incredibly promising job opportunity teaching English to children was not quite all it was cracked up to be and I ended the first of a five-day training course by quitting.  The growing unease in my spirit plus wise insight from others helped me make a quick, sure decision on Thursday evening and I chose not to return to training the next day.

Having, then, unexpectedly regained my long weekend, I was excited to fill my days with activity, including attending church on Sunday morning.  Well, at least I expected to.

A series of unfortunate events caused a somewhat dramatic waste of time on Sunday.  I began the day by praying and asking God to do as He willed.  I was very specific in my prayer that morning as I had been reminded in the previous week’s sermon that, “This is the day the Lord has made. We will rejoice and be glad in it.” (Psalm 118:24) So I asked Him to be Lord over every detail of that day and to direct my steps; that I may live that day within His will and purpose for my life.  Ah, if I only knew what was to come…

You see, I was ready to leave the house on time that morning, however, just as I was about to leave, I suffered terrible indigestion – the worst I’ve ever experienced – and I thought I was going to throw up.  As I paced back and forth it soon subsided, but I was now running a few minutes late.

I walked quickly to make up for lost time but, on arriving at the bus stop, I found the first ticket machine was out of order.  The second rejected my cash and a further three payment cards (It was around an attempt with card #2 that the bus arrived).  The third machine gratefully received my money and offered a ticket in return, but it was too late.  The bus had already left.

After stalling for a few minutes, hoping (praying!) another bus would arrive shortly, I admitted defeat and realised that if I still wanted to catch my train, I would have to run – yes, run – the mile to the station.  So off I went.  A skirt and boots were not optimal running gear for this quick dash, but ‘desperate times’ and all that…

Regularly checking my watch and praying for the train to be late (I knew this was a long-shot, it is Germany after all) I arrived just in time.  Just in time to watch the train pull away from the platform, that is.

Most normal people would have admitted defeat at this point.  But not me, oh, no!  I was determined to make it to church that morning.  I calculated that if I got the next train in an hour, I would arrive for the service only 30 minutes late.  I conceded that that was acceptable.  (Keeping in mind I had already purchased a day-ticket for 18€ and had not yet received any benefit from it whatsoever.)

So as I waited for the next train (and caught my breath), I asked God, “Why?”  Why had nothing gone to plan?  Why had seemingly insignificant details turned into such a (de)feat?  Did He not want me to go to church that morning?

I caught the next train an hour later.  But, needless to say, it arrived late, causing me to miss the bus connection and successfully sealing my fate on this failed venture.  I was then promptly attacked by a pigeon, lost my favourite earring in the station, and nearly missed the return train because, for some unknown reason, it just happened to leave from a different platform that afternoon.

Four hours of adventure and nothing to show for it.  Why?  Why?  I couldn’t make sense of it.  I still don’t quite know what to make of it.

But as I’ve prayed and reflected on the last seven days, God has taught me this:

This I know: I can be certain in the uncertainty.  I am certain of who God is.  He is the same yesterday, today and forever.  He who has been so faithful in my past, is faithful today and He will continue to be faithful through my uncertain perspective of the days and weeks to come.  My job is to simply surrender every single (in)significant detail to Him.

Gosh.  Moving abroad is not for the faint-hearted.

It’s been 20 days since I moved to Germany from the U.K.  A busy, full 20 days.  It actually surprises me that it has only been 20 days because so much has happened in such a short space of time.

I have settled into an apartment, begun language school, found a church to call home, found employment teaching English to children, and met some lovely people.  God has most definitely gone ahead of me, opened up incredible opportunities for me, and worked miracles into daily living.

But, being a solid To-Do-list person, I’m now facing the future with many of the big items checked off the list.  So, what now?  To live life.

Yet it’s the ‘living life’ bit that I’m beginning to feel a bit overwhelmed by.  You see, you can’t check it off a to-do list.  It’s difficult to measure any progress, you simply be.  Day on day, week on week.  And any progress takes time.

Now I face the challenge of transitioning friendly faces into meaningful friendships, vacation-worthy German into everyday language, and sign-posted pit-stops into a familiar home town.

I face introducing the real me – my passions, my gifts, my humour, my observations and considerations – and not just the glassy-eyed mute that smiles awkwardly when utterly lost in German conversation.

My introverted being finds it hard enough to introduce myself to new people and face big crowds without adding a foreign language into the mix.  It is both exciting and exhausting integrating into new spheres of life: home, work, church, school.

I am unspeakably grateful for the handful of people I already knew here and for their assistance in helping me settle – they have truly been a God-send!  But I am determined not to become dependent on them.

Yet I’m not here alone.  I’m not lost, I do not lack provision, I do not lack courage, support, guidance, love, wisdom, peace.  Because God is here.  He led me here.  In the last 20 days I have witnessed miracles in the mundane; received unimaginable provision; recognised clear direction, and received many answers to specific prayers.  ‘Coincidences’ that are no coincidence.

I look forward to the day when I can reflect back on these first weeks, months and be able to identify progress; to recognise growth and thank the One who meticulously orchestrated it.